Recent developments in the vegetation of Iceland: invasion and effects of introduced Nootka lupin and plant colonization on Surtsey island.

The introduced Nootka lupin (Lupinus nootkatensis) has for decades been used extensively to reclaim eroded land in Iceland. However, it´s rapid spread and invasion of heathlands, rocky and riverine habitats has caused considerable concern. We have followed plant succession in old lupin areas in different parts of the country for over 30 years, under different climatic and substrate conditions. The successional pathways differ considerably between southern and northern Iceland. Lupin areas in Iceland are increasingly invaded by the nitrophilous cow parsley (Anthriscus sylvestris) which also is causing concern. Warming climate and decline in sheep farming in the country are fascilitating these changes.

Plant colonization and succession on the volcanic island of Surtsey, formed in 1963, have been closely followed. In 2018, a total of 75 vascular plant species had been discovered on the island; of these, 62 were present and about 40 had established viable populations. Surtsey had more than twice the species of any of the comparable neighbouring islands, and all of their common species had established on Surtsey. The first colonizers were dispersed by sea, but, after 1985, bird dispersal became the principal pathway with the formation of a seagull colony on the island and consequent site amelioration. This allowed many wind-dispersed species to establish after 1990. In 2007 the number of living species found on the island peaked. A study of plant succession, soil formation and invertebrate communities in permanent plots on Surtsey and on two older neighbouring islands has revealed that seabirds, through their transfer of nutrients from sea to land, are major drivers of development of these ecosystems. 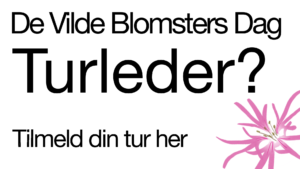